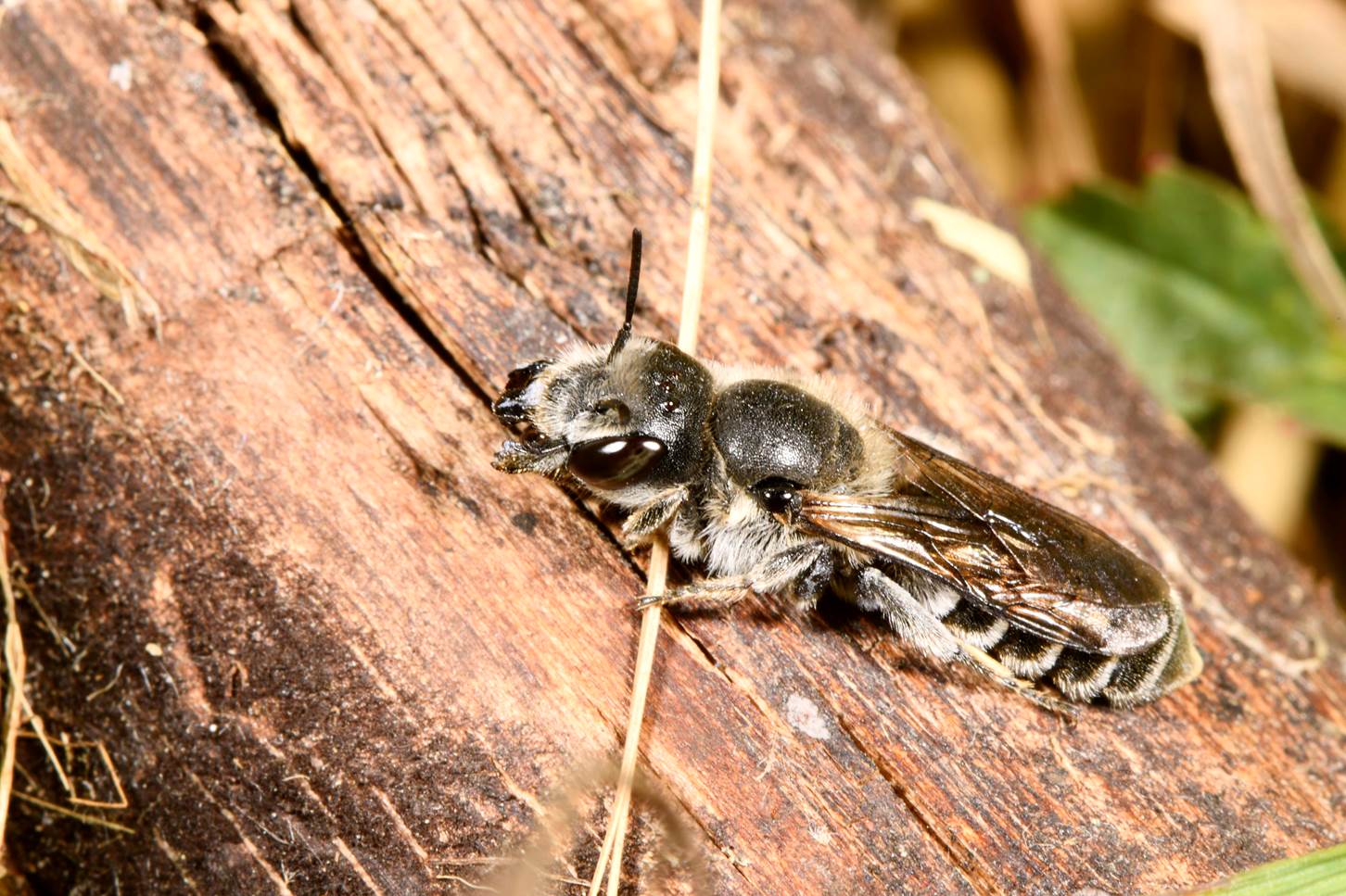 ·         The Viper’s Bugloss Mining Bee Hoplitis adunca was at the time that these photographs were taken one of the newest arrivals in the UK, having first been recorded at Greenwich during 2016. A second London sighting was reported on Twitter in July 2019 and knowing that there was a small outcrop of Viper’s Bugloss Echium vulgare (something of a ‘bee-magnet’) growing in a local park the photographer decided to take a look. It was therefore a matter of some amazement when he found this female almost immediately! An objective view suggests that this inconspicuous bee may have already become established in places that haven’t been looked at yet but this was only the third site at which the bee had been recorded and a first record for the Vice-county of Surrey (VC17). Seeing the bee was one thing but photographing her proved to be far more difficult as this insect was very flighty. She was only active when the sun was shining on days when there was quite a lot of cloud scuttling across the sky and whilst feeding her head was obscured by the flowers. As she would only visit each flower for a matter of seconds and then move on she proved to be a very tricky subject. Fortunately once her behaviour had been observed more closely it became apparent that she had a favoured perch, a bare twig on the ground not far from the clump of Viper’s Bugloss.  Even so, a very slow and careful approach was needed to avoid spooking her. The number of good quality photographs taken over a five day period was therefore rather limited (just the one good feeding shot!) but during the final visit it was possible to take a sequence of her sitting on her favourite twig. Whether she had ever encountered a male is unknown but the photographer will be keeping an eye on the site to see if she was able to produce any progeny. With thanks to David Notton and Andy Jukes for confirming this bee’s identity. Doubtless this species will be a new addition to the next edition of Falk & Lewington’s ‘Field Guide to the Bees of Great Britain and Ireland’!